Strongly concerned by the well-being of children, he has been working for several years alongside UNICEF. The athlete has voluntarily engaged his reputation to spread strong messages in favor of the children, the young and the not so young. Teddy Riner's popularity allows to reach a wide audience and to strengthen UNICEF's fundraising efforts.

Thanks to a field trip to the area, he has realized by himself the extent of UNICEF's work among the most vulnerable : "When I saw the tireless work of UNICEF, I became aware of this impact on children’s lives and I wanted to help as much as possible to participate in this change, not only in Togo but also in other countries in the world. We can not remain unmoved by the fact that more than 2 million children do not survive their first month of life and, that among them, 80% died because of causes that could have been avoided or treated in time."

Caring strong values ​​such as respect, generosity and sharing, Teddy Riner can boast of being a champion of childhood’s behalf. Thanks to his commitment, UNICEF carries on defending children’s rights, working for their survival, education, protection and their development into 190 countries, first and foremost for the most disadvantaged children and in emergency situations.

To find out more about Unicef: www.unicef.org 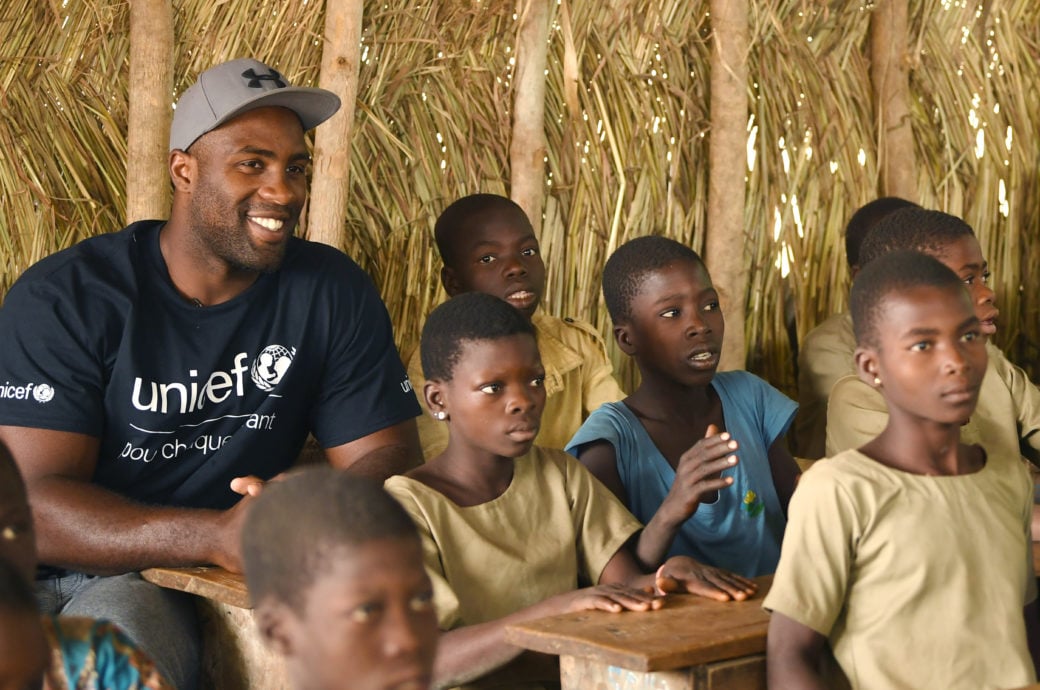 Since July 2012, Teddy Riner has been the official patron of the Imagine Institute for Genetic Diseases, supporting sick children, doctors and researchers in their fight for life. His commitment has enabled the Institute to gain visibility and raise public awareness of the major public health challenge posed by genetic diseases.

Teddy has got to know the young patients received at Imagine with their families and shares the founding values with the Institute's teams: a fighting spirit, humility, generosity, respect and a human touch.

Families have endless expectations and this means that the Institute needed a really special patron capable of rising to huge challenges and accompanying them on what was still a long journey. Teddy Riner's support gives hope to all those involved with Imagine, who share the same ambition: to understand and cure genetic diseases.